The Drive That Captured The Moon

It's hard to imagine. 110 years ago, the Wright Brothers took their first flight. Consider how much has changed in 110 years. In fact, consider what took place in the first 60 years. From December 17, 1903 to July 20, 1969, roughly two generations, the industry went from the primitive powered flight to putting a man on the moon. What a great time to be an engineer. Think about how many technological advancements that came out of the space program.

Arguably, the 1960's was a decade of aerospace technology advancement like none other. In September, 1962; President John F. Kennedy made his famous moon speech at Rice University. The following is an excerpt from that speech.

The Cold War fueled our drive to the moon. The Russians said that they would be the first to the moon. They planned to plant their flag to claim the moon for Russia. This increased the pressure to reach the moon. After Kennedy's death, Lyndon Johnson committed to continue the drive to the moon stating, “I do not believe that this generation of Americans is willing to resign itself to going to bed each night by the light of a Communist moon."

Does it take fear and war to drive American engineering? It's been 44 years since the first moon landing. Still, the United States is the only country to send human beings safely to the moon. Our engineers did it without the computing capability we enjoy today. They did it with slide rules, controlled testing, planned development, but most of all a drive that galvanized the nation. My question: Could we do the same thing today? What's happened to our spirit?

High school students aren't interested in engineering anymore. American students are more interested in writing gaming software, studying political science, or protesting for social justice. Meanwhile, foreign students are the overwhelming majority in graduate engineering programs and China is developing plans to send human beings back to the moon. What kind of challenge will revive American engineering? We need to recapture that spirit that put the first man on the moon.
Posted by pvkumler at 8:38 AM 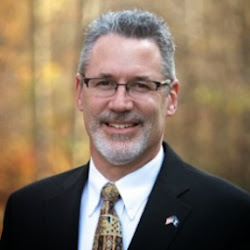